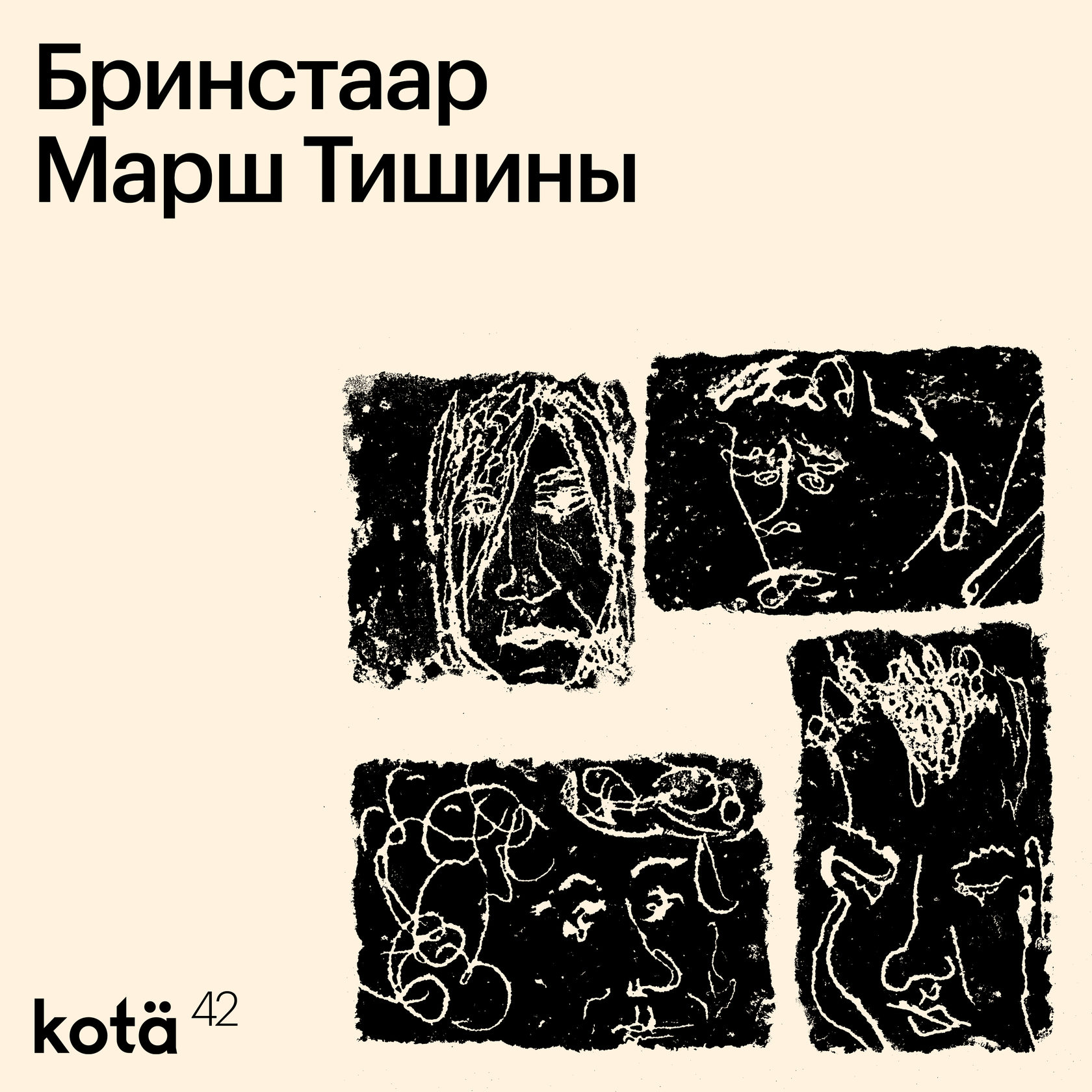 42
BRINSTAAR
MARCH OF SILENCE
Digital
As a sequel to the dialogue initiated in 2011 with the graffiti artist 0331c in the course of exhibition at XL gallery, we now share the next part of it.

Mikhail Myasoedov and Gleb Glonti's "March of Silence" independently treat a proposed theme of the exhibition project "Over the Heads" by 0331c: immortalization of fleeting individual portraits in the eternal stone.

"March of Silence" twists the theme in the title of the exhibition. Resembling 0331c's pursuit "[...] to force a person look in a different way at his social environment [...]", the authors' attempt is drawing attention to a silent witness who is observing the perverted human values of a modern-day.

The composition which is now transfigured beyond the exhibition, acquiring a full-length release; kotä presents a four-phased narrative in which the theme of the corruption of human is placed under observation.

This is the first work on kotä built on a shift in discourse: from the internal communication of an artist (composer) to a dialogue between a curator and an artist.