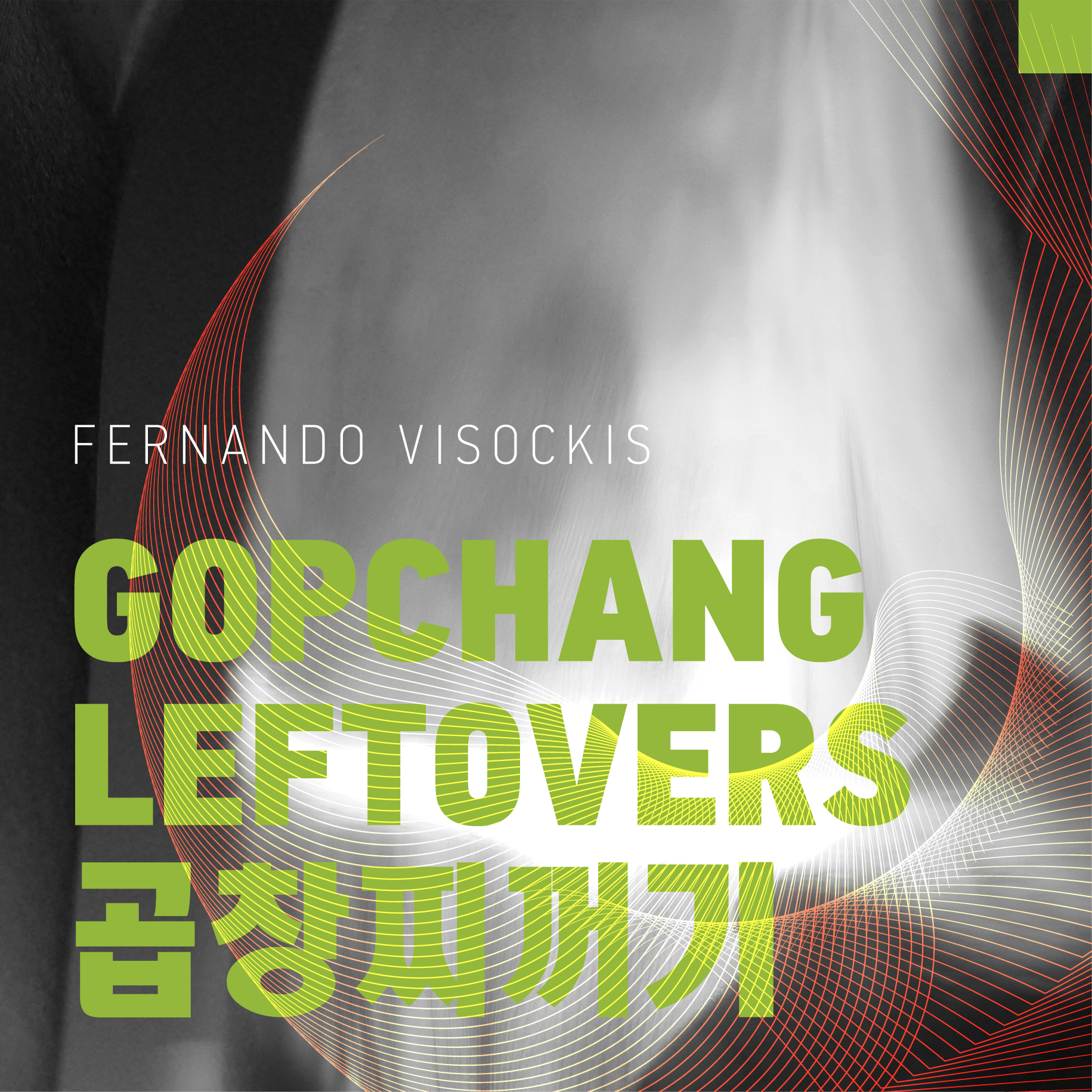 "Gopchang" literally means "intestine", but it's also the name of a dish. A very fat dish in which grilled pork (or cattle) intestine is served with vegetables and mushrooms. It is, in fact, a very popular dish on the Seoul streets and usually relates to the Korean male working class, who claims to acquire their strength and vitality from this meal.

"Greasy", "oiled", "slippery", "junky", "chewy", "streetwise", "squishy", "smelly", "masculine", "disgusting" — these are some adjectives that this dish could be characterised by and, ironically, it turned out to be my favourite one during my stay in there. I used to go every week to this busy restaurant in Hongdae (a district in Seoul with intense nightlife) where only women were serving food. As far as I heard, it is probably the most traditional restaurant serving this dish for over 50 years now, with long queues lining in the door every night. The Intestine-day was the best day of the week for me then.

In this sense, the concept of the album was always a very personal picture about my Korean experience. One could even name it "Impressions of Seoul". It is about my personal experience on the other side of the World, in this very rich and peculiar city and society that gave me inspiration to bring up this work.

The tracks are related to some areas/neighborhoods of the city. Sometimes literally by sounds recorded there and sometimes just inspired by atmospheres or stories. The plan was never to limit the work to one technic or approach, but the opposite, to try to gather the diversity that I could notice while wandering around the city. So, field recordings, synthetic sounds, samples, realtime processing, speech and instruments were naturally embraced by the process.
“
I really want to thank everyone who more or less helped me in this project: Junichiro Ishii & Megha Kathyal for being the best neighbours ever; Yu Lee Park, Soon Young Park & Dawn Alba Lim for the infinite patience; Jin Sangtae for the hard disk drives in "nanji session" and for arranging a couple of gigs for me there;
Ayoung Kim for helping me with the translations and loads of motivation; Haily Grenet for always bringing some fresh air for us; Davaa Shagdarsuren for helping with the recordings and for all the drunk nights; Davaa Shagdarsuren for helping with the recordings and for all the drunk nights; Lee Yeri for janggu in "folk music?"; Woon Jong Jung for the voice in "12zodiacsign";
André Visockis for the artwork and all the rest; Paula Pin, for sharing Pure Data patches; all the artists in residency at SeMA Nanji for welcoming and inspiring me; Gleb & Misha from Kotä Records for believing in the idea and making it possible for different ears to be able to listen this.
Fernando Visockis
1
Thrumbling Yongsan
This track refers to the Yongsan area, in which many electronic shops and markets are situated. I've been there many times during my stay. The idea was to try to bring up the chaos and the "thrumble" of these places — the very peculiar eastern asian digital decadence.
2
We (Still) Are In An (Remixed) Open Circuit Pt. I-VI
This series in six parts based on (sometimes-micro) samples from a video installation by Nam June Paik ("We are in an Open Circuit", 1969). The sounds were recorded at Paik's retrospective "Exposition in Music" in Korea Foundation Cultural Center Gallery in Seoul.
3
Surrounding Hongdae
In this track I tried to embody the club music with very stereotypical digital sounds often used in dance music. Hongdae is the university area where all kind of people come to enjoy the nightlife — with all temptations that it may offer. This old-fashioned beat in this track is an attempt to symbolize in some way what I saw there.
5
Musique Trouvé
"Musique trouvé" came to my mind by itself from something that dragged my attention when I first arrived in Seoul. I was living in a huge park (Nanji) and there were speakers all over it, playing music all the time — some classical music radio station. I decided to go there every morning to record this music and surroundings. The music was ready, but it took me several days to finally got the soundscape I was looking for.
7
12zodiacsign
I was trying to compose something like a lullaby but as I can see I failed. I recorded a seven-year-old boy reading a book for children about Chinese zodiac signs. The samples for the musical texture came from Max Richter's "The Four Seasons Recomposed". I have finished this sample layer few months before my Korean trip and left it for a while, but then I realized that it would fit perfectly into the boy's recordings and worked on mixing and overdubbing them.
9
Folk music?
After getting a little bit more familiar with traditional local music I decided that I want to do one track to celebrate and pay tribute to Korean folk music (well, is there another way to celebrate music but by making music?). I was lucky enough to have a friend of mine who easily arranged a session with Lee Yeri the Janggu (a typical drum instrument) performer. Well, I need to say here that Janggu is usually performed as improvisational music and it is taught from master to apprentice by oral tradition. After I recorded her performance in my studio, I got really hooked, but I just felt like I shouldn't do anything to it, that it was yet so musical and elaborated. So I left it almost as it was, with very little interventions from my side. After all, what we hear is her performance with no editions, just some processing and overdubs added.
11
Nanji Session
"Nanji session" is an improvisational session made in my studio back there with a great Seoulite musician, performer and experimental music producer Jin Sangtae. As in "folk music?" I wanted to make a portrait of his music more than some authorial work of mine. And this is why I decided to do only a realtime processing of the signal of his -amazingly noisy- hard disk drives. No any sounds were added, just altering and processing his sonic experiments in real time. We spent a couple of hours there experimenting, having cereals with milk and waiting for the rain to stop so that we could start recording.
13
Trash Recovering
The final track is series of electromagnetic fields that I've recorded outside a trash recovering plant. This plant was located just nearby my studio, inside the Nanji Park, and it's a very important part of the renovation of this area, that used to be a dump site.